I finished by temp job last week so I’ve been frantically looking for something else to tide me over until I (eventually) get a runner job somewhere. I don’t think its much of a secret that I hate job hunting. It’s just the most tedious and soul destroying activity known to man – especially when you have Film Studies in your degree title and have lived in Brighton for two years where the only work experience you can get is call centre or shop based. I’m not saying there’s anything wrong with either of those it’s just that in London it doesn’t really make you stick out from the crowd.

Anyway, this is all a little melodramatic as it looks like I’ve managed to find something for the next six weeks… in a bank call centre… oh the joy. I’m just waiting for them to get back to me but they said they were pretty sure I would get it as, among other things, I scored second best out of everyone on a typing test. Quite surprising considering the amount of typos in this blog!
In other news I got a hair cut. 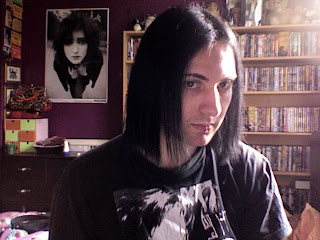 It’s still fairly long but I do have a slight guilty feeling about giving in to the man… I’m hoping that it being a bit neater will impress prospective job people… we’ll see.